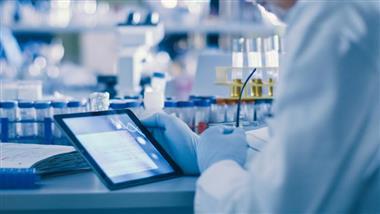 Story at a Glance

The controversy over whether mercury overexposure can trigger autism is a long-standing one. A new meta-analysis of previous studies sheds much needed light on the matter, concluding there’s a “significant relationship” between the two.

The review,1,2 published in the September 2020 issue of Pediatric Health, Medicine and Therapeutics, looked at 18 studies conducted between 1982 and 2019 that examined the relationship between concentrations of copper, lead or mercury in blood, plasma, hair or nails and the prevalence of autism. While no relationship was found between autism and copper concentrations, a high degree of correlation was found for mercury and lead.

There is … a significant relationship between mercury concentration and autism. Thus, the concentration of mercury can be listed as a pathogenic cause (disease-causing) for autism. ~ Pediatric Health, Medicine and Therapy 2020

According to the authors,3 the relationship between mercury and autism is so strong that “the concentration of mercury can be listed as a pathogenic cause (disease-causing) for autism.” This held true even when outlier studies that might unduly influence the results were removed.

Mercury Is a Causative Factor

In the introduction, the authors point out that studies carried out in this area suggest mercury and other toxins are involved in the cause of autism, which include abnormal brain development that affects social interaction and communication skills.

“Metals’ biological effects are associated with their chemical properties, suggesting that excessive metal exposure can cause brain abnormalities around the world,” the researchers state.4

“Mercury is considered as a risk factor for autism since, according to previous studies, it has been recognized as a neurotrophic toxin. Reduction in mercury content in hair and teeth of the children with autism aroused the low disposal of mercury hypothesis.

Blaurock-Bush et al found that heavy metals are effective in the development of autism disorder. The role of mercury in the pathogenesis of autism has also been proven in other studies …

A 2017 review paper,5 “The Toxicology of Mercury: Current Research and Emerging Trends,” details the “kinetics of this metal,” including “its metabolism, interaction with other metals, distribution, internal doses and targets and reservoir organs.” The paper cites several studies linking mercury and autism among its references, noting that:6

“Autism spectrum disorder (ASD) has been demonstrated to be accompanied by distorted metal homeostasis. The degree to which people are affected by the metals seems to be largely influenced by the individual genetic makeup.

Especially Hg [mercury] exposure has become a suspected causative factor for many pathological conditions, and several sources of exposure to Hg compounds can be listed, including dental amalgam fillings, seafood, vaccines and increasingly from energy saving light bulbs as well.”

In the video above, the University of Calgary faculty of medicine illustrate how mercury causes neuronal degeneration in your brain. While there are many environmental sources of mercury exposure, some of the most prominent ones include high-mercury fish, dental amalgam and thimerosal-containing vaccines.

Thimerosal is a mercury-based preservative used in certain vaccines. While it has been removed from most childhood vaccines, it is still used in some multi-dose vials, meaning vials that contain more than a single dose of the vaccine.

Remarkably, while the fact that mercury is neurotoxic is noncontroversial, health authorities still insist injected thimerosal is perfectly safe and has never been linked to neurological dysfunction. How could that be?

In 2014, a review article7 in the BioMed Research International journal titled, “Methodological Issues and Evidence of Malfeasance in Research Purporting to Show Thimerosal in Vaccines Is Safe,” noted that:

“The studies upon which the CDC relies and over which it exerted some level of control report that there is no increased risk of autism from exposure to organic Hg in vaccines, and some of these studies even reported that exposure to Thimerosal appeared to decrease the risk of autism.

Considering that there are many studies conducted by independent researchers which show a relationship between Thimerosal and neurodevelopmental disorders, the results of the six studies examined in this review, particularly those showing the protective effects of Thimerosal, should bring into question the validity of the methodology used in the studies …

Importantly … five of the publications examined in this review were directly commissioned by the CDC, raising the possible issue of conflict of interests or research bias, since vaccine promotion is a central mission of the CDC.

Conceivably, if serious neurological disorders are found to be related to Thimerosal in vaccines, such findings could possibly be viewed as damaging to the vaccine program.”

Aluminum Is Another Neurotoxic Poison

Today, the most commonly used vaccine preservative is aluminum, not thimerosal. It’s unfortunate that the Pediatric Health, Medicine and Therapeutics review did not include it, because it’s likely that aluminum has a similar impact on autism as mercury.

According to a 2018 study,8 people with autism were found to have high amounts of aluminum in their brains.

The lead author on this paper was Dr. Christopher Exley, a leading expert in aluminum toxicology. He and a team of international scientists have also published a paper10 in the (preprint) December 2020 issue of the Journal of Trace Elements in Medicine and Biology.

In it, they provide evidence for their position that “the safety of aluminium-based vaccine adjuvants … must be seriously evaluated without further delay, particularly at a time when the CDC is announcing a still increasing prevalence of autism spectrum disorders, of 1 child in 54 in the USA.”

As with thimerosal above, serious flaws and errors plague studies that claim aluminum in vaccines is safe. As reported in “Major Error Found in Vaccine Aluminum Safety Calculation,” a mathematical error found in a key U.S. Food and Drug Administration study has reignited concerns about its safety.

The FDA study,11 published in 2011, compared aluminum exposure from vaccines in infants to the Agency for Toxic Substances and Disease Registry’s (ATSDR) safety limit of oral aluminum, concluding that:12

The problem, found by Physicians for Informed Consent, is that the FDA based its calculations on 0.78% of oral aluminum being absorbed into the bloodstream instead of the value of 0.1% used by the ATSDR.

“As a result,” Physicians for Informed Consent noted,13 “the FDA paper assumed that nearly 8 (0.78%/0.1%) times more aluminum can safely enter the bloodstream, and this led the authors to incorrectly conclude that aluminum exposure from vaccines was well below the safety limit.” Christopher Shaw, a professor at the University of British Columbia who has studied the effects of injected aluminum, explained in a news release:14

“We knew that the [2011] Mitkus et al. paper modeling aluminum clearance had to be inaccurate since it was assuming that injected aluminum kinetics were the same as the kinetics of aluminum acquired through diet.

Now, in addition, we see that they did their modeling based on using the incorrect level of aluminum absorption. What is particularly striking is that despite all these errors, since 2011, Mitkus et al. is used by CDC and other entities as the basis for claiming that aluminum adjuvants are safe.”

The Dangers of Lead

Lead is a naturally occurring metal that was once commonly used in gasoline, paint and children’s toys, and is still a part of batteries, pipes, pottery, roofing materials and cosmetics. Due to environmental pollution, food and water has also become a source of this dangerous toxin.

If you live in an urban area or near a busy road, it’s probably best to assume that your soil is contaminated with lead to some extent. This is also an issue if you plan to plant a vegetable garden, as vegetables can take up lead from the soil very efficiently.

Lead damages your brain and nervous system, and has been shown to lower IQ. Even small amounts can be dangerous, as lead builds up in your body over time. Children under 6 are especially at risk, as they absorb lead more easily than adults.

As detailed in “The Heroes Who Sunk Lead,” Herbert Needleman performed much of the foundational research showing even low levels of lead were dangerous. Another crucial crusader against lead was geochemist Clair Cameron Patterson, Ph.D.

It’s thanks to Patterson’s tireless work that lead was finally removed from gasoline, thereby saving untold billions of people from serious harm.15 He’s an unsung public health hero of the 20th century that most people have never heard of.

The video below is a short summary of the evolution of leaded gas, and ultimately, its removal, which was no small feat. Unfortunately, there are many other sources of toxic metals, and unless we address them all, we’re unlikely to get a handle on the autism epidemic.

We’re Getting Mercury Out of Dentistry

As mentioned, dental mercury is one pernicious source of mercury. Here, there is good news. After years of pressure from Consumers for Dental Choice and its allies, the FDA has finally released a long-overdue safety communication on dental amalgam.16 September 24, 2020, the FDA issued a warning that mercury fillings may adversely affect:

While the FDA downplays the importance of its changed recommendation by stressing that the benefits of dental amalgam likely “outweigh their risks for most patients,” this update is nothing short of monumental, and opens the door, finally, for the elimination of dental mercury for all patients in the U.S., as has been done in many other countries already.

Heavy metal detoxification is no simple matter. As explained in “The Three Pillars of Heavy Metal Detoxification,” glutathione is the dominant agent that binds to and helps move mercury and other heavy metals out of your tissues. Part of effective detox involves upregulating your biochemistry to facilitate the mobilization and elimination of metals. In summary, the three pillars of heavy metal detox are:

My mercury detox protocol is detailed in “Revised Protocol for Detoxifying Your Body from Mercury Exposure.” One way to help improve your glutathione is by taking N-acetylcysteine (NAC), which is a precursor to and rate-limiting nutrient for the formation of glutathione.

Glutathione is poorly absorbed so, in many cases, it’s easier to raise your glutathione by taking NAC instead. You can learn more about this in “Glutathione and NAC Play Crucial Roles in Health and Fitness.”

In addition to upregulating your biochemistry to mobilize and eliminate heavy metals, sauna bathing can go a long way toward eliminating mercury and other toxins from your body. You can learn more about this in “How to Achieve Superior Detoxification With Near-Infrared Light.”

In January 2020, I also interviewed Boyd Haley, Ph.D., is a chemist specializing in the development of chemicals to chelate toxic metals. Haley has developed a nontoxic chelating compound called emeramide or NBMI (brand name Irminix), which tightly binds to mercury and free iron (which is also highly toxic), and acts as a potent antioxidant, as it has two glutathione arms.

Emeramid is still under drug development but can be obtained via expanded access, named patient use, compassionate use or special use, depending on the country you’re in. An early access application and prescription, required by the EMA, is available on the company’s website, EmeraMed.com.17

In closing, the evidence strongly suggests exposure to mercury, lead and aluminum are significant risk factors for autism and other neuropathologies. The simplest answer to the autism epidemic is therefore to prevent children from these kinds of exposures. That includes banning dental amalgam and getting thimerosal and aluminum out of all vaccines. 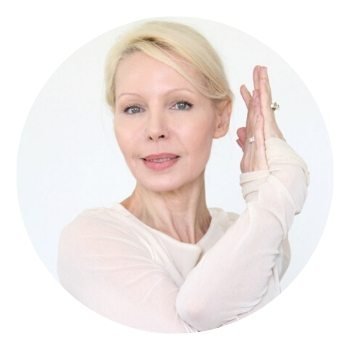